Home » Our 2019 Caravan of the year, the Swift Atlantic

2019 saw the introduction of some wonderfully good looking, South African-made caravans, really top of the range stuff for which I applaud our local manufacturers. They lifted the industry out of the ‘same old/same old’ doldrums by becoming caravan designers and manufacturers, launching innovative, stylish, modern products. So much so that, I believe, their caravans are good enough for display on the world’s biggest caravan stage in Düsseldorf. However, if I had to nominate the best caravan I saw in South Africa during 2019 it would be the imported Swift Atlantic. Now, let me establish from the outset that I am as patriotic as the next guy. I even have the T-shirt that says, ‘local is lekker’. Admittedly, my wife only lets me wear it when I work in the garage or do the vacuuming, for it has seen better days.

But to be impartial, we can’t claim to be the best caravan producers in the global village if we are not (as yet). So, bear with me as to why I like the Swift Atlantic. Before doing so, let me reaffirm my sentiments with the fact that this Swift Atlantic (made by Sprite in the UK) has been rated as Europe’s top-selling brand in recent years. The Swift model featured in this review is the basic model, there is a new deluxe version coming soon, which I am told is even better. 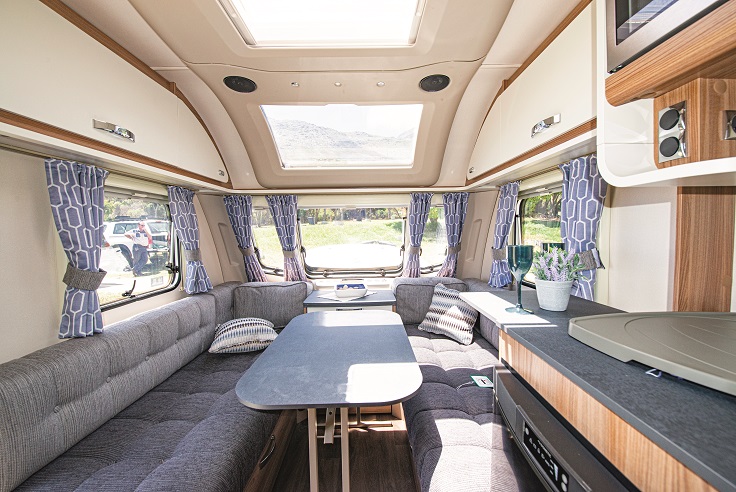 Probably the biggest attraction for me is that front-end styling, it is just so different with the key element being the ‘glass’ panoramic roof over the front dinette. I love it. That view of the sky and the stars at night is what camping is all about. To me, this looks really classy and upmarket, and it sets the Atlantic apart from more traditional, conventional caravan designs. Going to the rear-end of the Atlantic, it is somewhat boxy and square, but it is a caravan after all. It’s not entirely unattractive, for it has style – probably thanks to the tail-light design – and there is a fitting for a Thule bike carrier. The exterior is further complemented with seven, grey tinted, double-glazed acrylic windows that perhaps casts a mystery over who may be languishing inside having an afternoon nap. 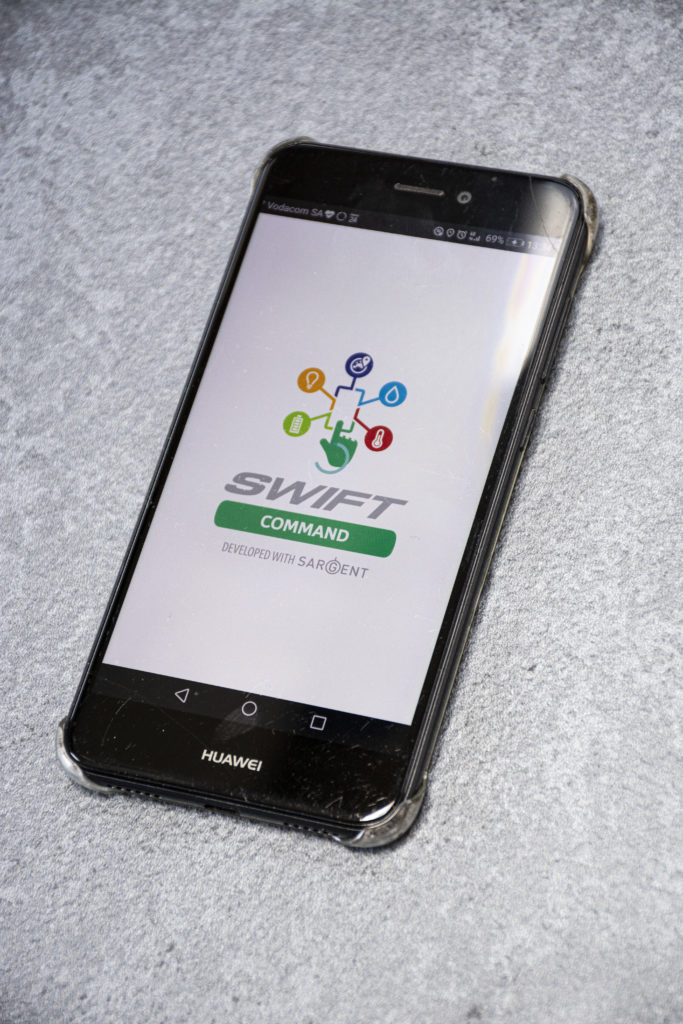 But the biggest reason I like this caravan is that I am a gadget man. I love the fact that the Atlantic Swift Command App lets me operate the caravan from my cell phone. I could set the warmth inside, dim the lights, control the fridge, know the status of the water system, monitor the battery level, arm the alarm, and even adjust the radio to play ‘Kaptein Span Die Seile’. Pity you cannot wind down the corner steadies via your smartphone though, that you still have to do manually – though I do hope they are working on that. Oh, and before I forget, it also has a television satellite receiver on the roof. You go to the wardrobe next to the bed, crank a handle which ‘unwraps’ the receiver on the roof, raises it, and tunes it in. You’ve got to love these features! 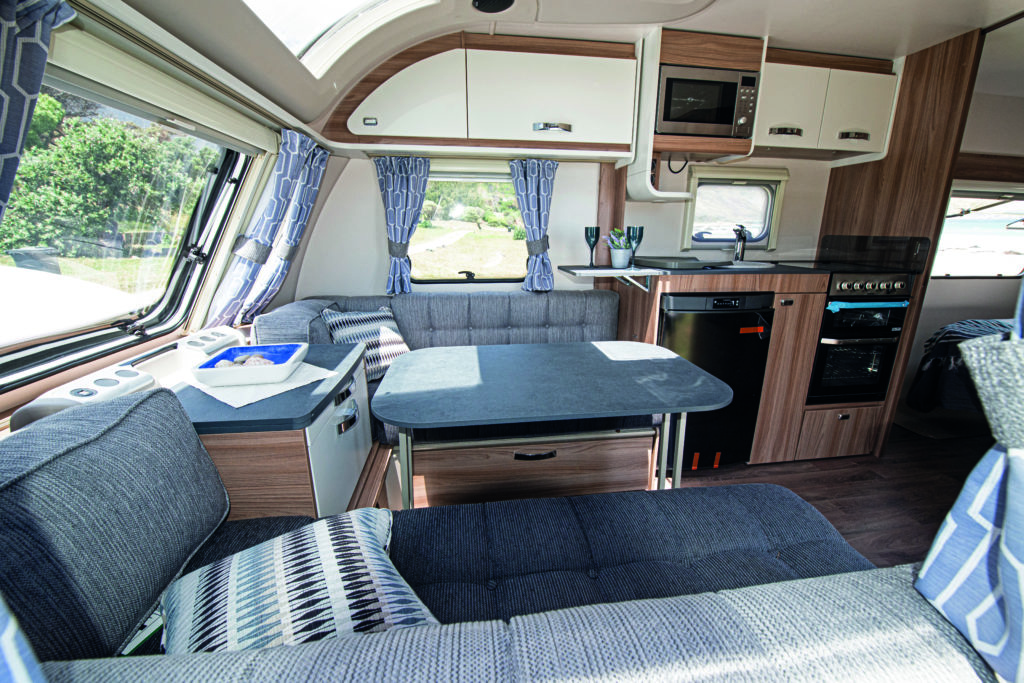 Slats pull out to make a double-bed base and you will love the kitchen with the self igniting 3-burger stove, microwave, and oven.

The Atlantic has a typical 100-litre caravan fridge and South Africans seem to want larger domestic, house-sized fridges. The tent is also not standard and it is pricey at R39 000 for the imported full tent. There is also no air-conditioner. If it were my caravan, I would buy a portable freezer for freezing things and keep the fridge for fresh produce, cold enough to chill a beer or two without wilting the wife’s lettuce and tomatoes. Let’s associate the cost of the tent with the cost of this imported caravan. Like those imported Fendt’s that cost a bomb years ago and are now selling used at the same price, has given the owners as many free holidays as they cared to take, the tent can be factored into the resale of the unit down the line. Add an imported tent into this mix and you will still get your money back when sold as a pre-owned caravan if you look after it. Should the Rand crumble further, those caravans already imported become a bargain, costing a whole lot more to replace. While there is no air conditioner the Atlantic does offer central heating, adding winter holidaying capability and the benefits of out-of-season resort prices as an attractive proposition. If I wanted an air conditioner, I would consult the experts, or simply add a portable evaporative cooler. 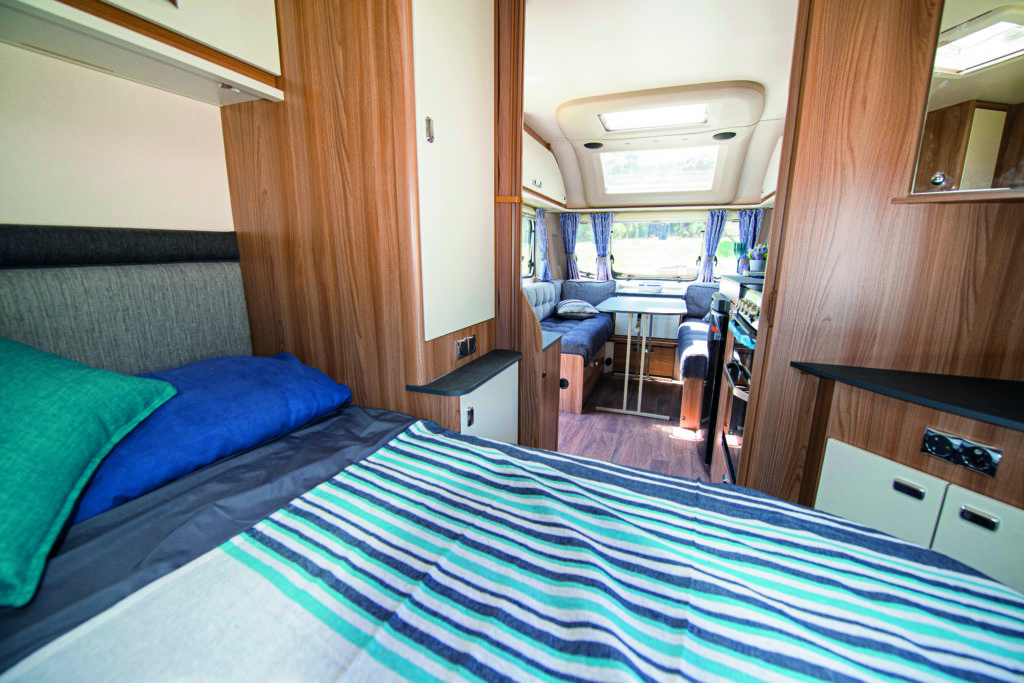 Let’s talk about the gadgets. There is a purpose-made, gas-fired, central heating system, built-in stereo speakers above the dinette, concealed downlighters for interior illumination, two TV points, and USB ports. If the thought of a gas heater worries you, there is also a safety feature for gas leakage in the form of a carbon monoxide gas alarm. Since gas is heavier than air, there are air vents under the bunks for venting as well as well-placed roof vents that allow light in. The door and cupboard catches deserve a mention, they’re purpose-made with a positive action. And I know my wife would find the ‘stone’ wash-up basin (no stainless-steel basin here) very appealing, along with the stylish mixer taps. Have I mentioned it has hot and cold water? There is also a three-burner stove with pushbutton ignition, a gas oven, as well as a microwave. 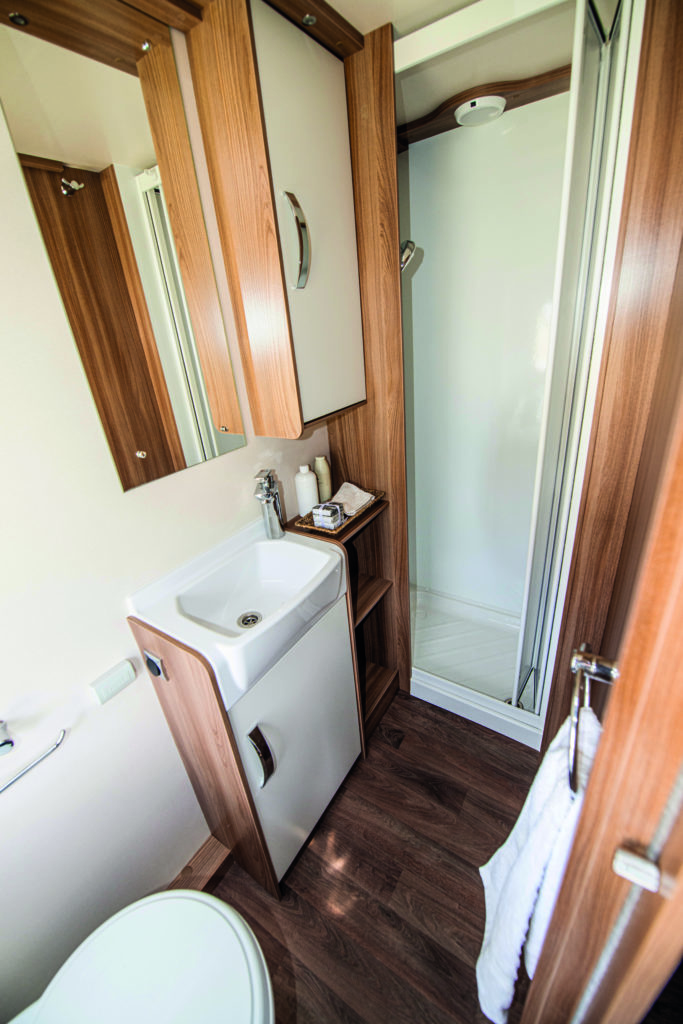 Then there is the interior furnishing, which offers a great choice of light wood paneling, fabrics and a layout that suits independence from facilities at resorts. The layout, simply put, comprises of a front-end lounge and kitchen, mid-section extendable island bed across the width of the caravan, and a separate rear-end bathroom compartment, including a compact shower cubicle. The bedroom can be screened off from the dinette as too can the bathroom, basin, and shower area. The shower cubicle is compact, at 550mm x 740mm. There is also a swivel bowl Thetfords cassette toilet, and a washbasin – everything you would want in a ‘bathroom’.

Remember to also get your copy of our latest issue of the January 2020 for more information. 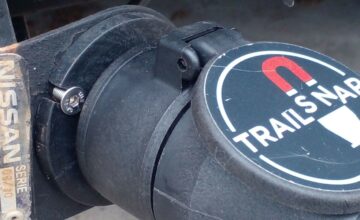 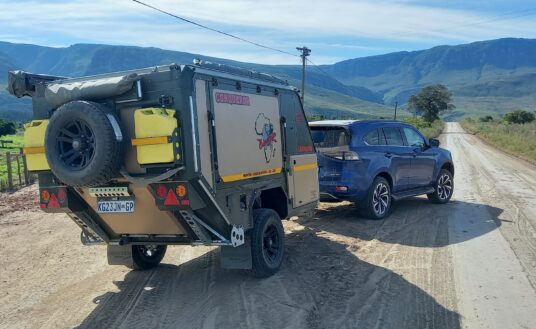 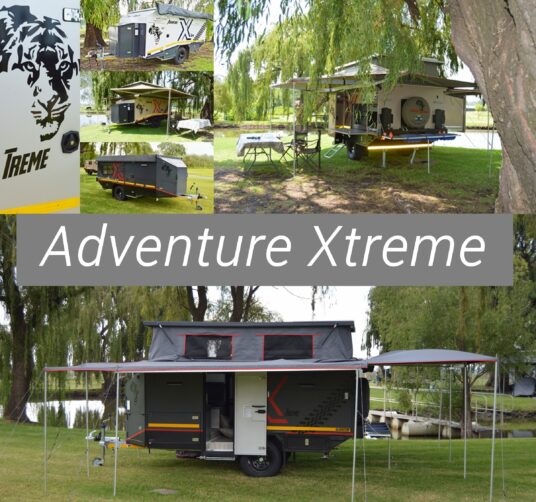 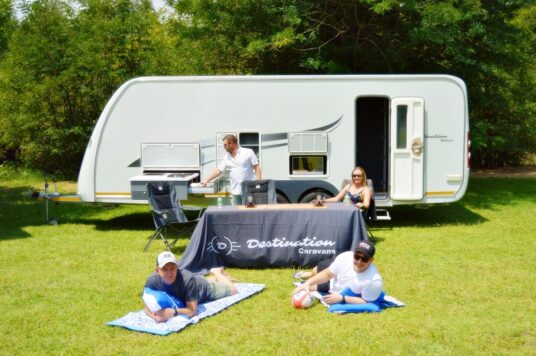