The life of a bowler, who is also a camper, is never dull. My husband and I are retired and we travel full time with our caravan.

Once a year, we pitch up at ATKV Eiland Spa, on the southern banks of the Letaba River in Limpopo. This is a fantastic resort, with loads of activities to keep us busy for weeks, or even months. We play tennis, jukskei, hoefie, and of course, bowling!

Let me tell you, lawn bowls is not just picking up a little black ball, aiming and rolling. It takes skill. And these days, there are many coloured balls available, from red to green and orange and even pink and yellow.

Bowling is serious business. I am a bowler and have developed a frown between the eyes from all the concentration. As the “lead”, it is expected of you to roll your ball right up to the “kitty”, or “jack” as it is also called. And if you can’t get close to the kitty, nobody asks you to play in the competitions.

Sitting here under the green trees next to the bowling green at Eiland Spa, I hear one of the old men tell their lead to pull up their socks, because he is not playing well.

“Yes, you were probably partying and braaiing until late last night,” says the old man. “I heard you, I stay just two caravan sites from you. You will have to haal uit en wys.

“By the way, what wood were you using for the braai? It had a great smell. Believe me, I told my old lady right there and then that I am also going to braai. It was ten o’clock at night, but you convinced me that braai and the fresh air is the best vitamins for the body.

“I’ll forgive your play this time, because that snake poison (brandy) is still in my veins and I have a moerse headache!”

The lead player digs in his pocket and produces to Grandpa powders – one for each of them. 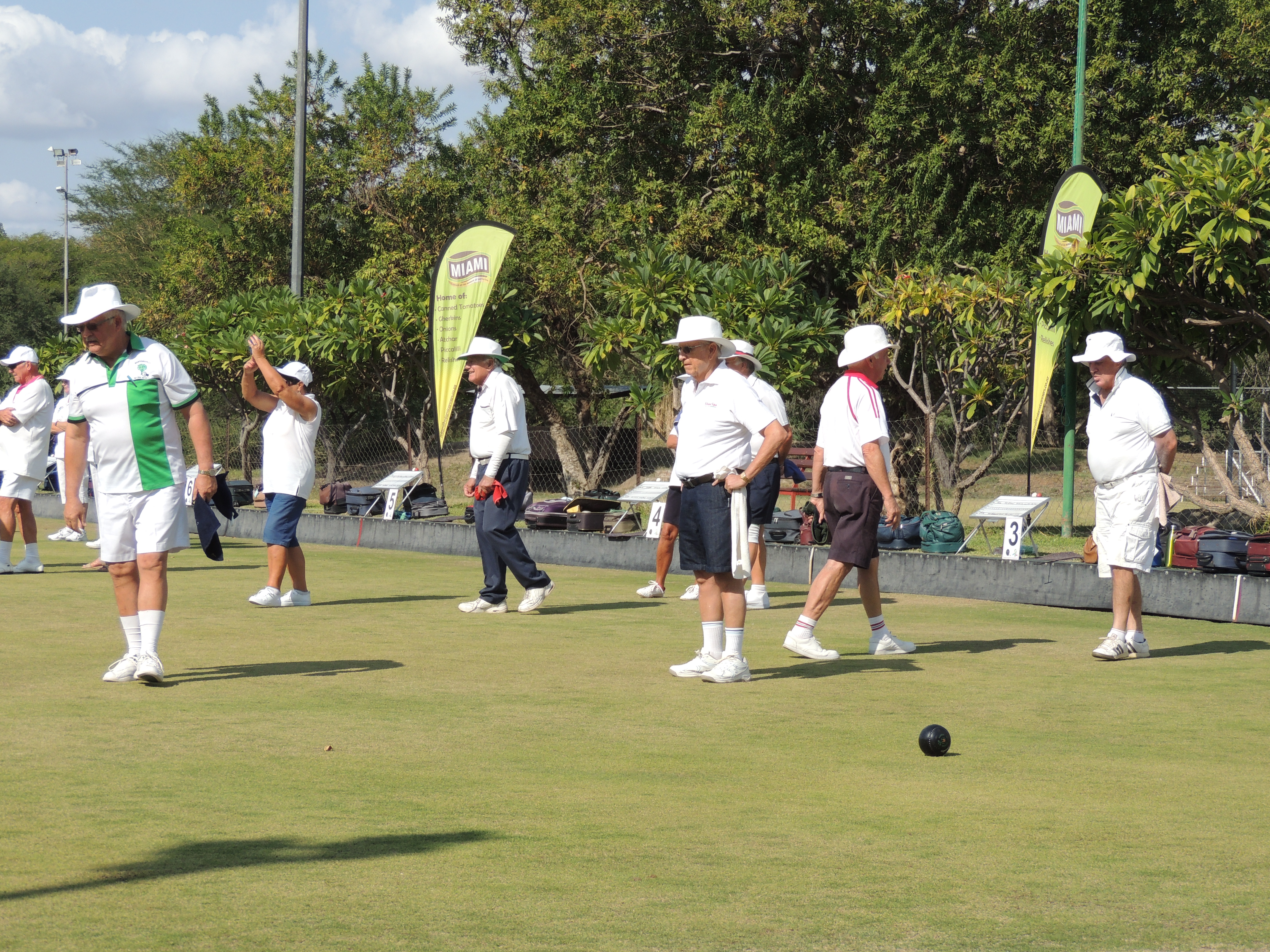 Next to me, two spectators are watching the game with hawk eyes, and they ask me why everybody looks so serious. I assure them that even though it looks like that now, lots of jokes are made on the green.

Suddenly they are very interested in the game, and I have to explain how it works. I start by saying that the captain, the “lead”, bowls the ball last and that it is his job to tell the other player in the team where to roll his balls.

Suddenly, one of the players having a smoke next to the green chips in jokingly: “If the team loses, it’s all the skipper’s fault!”

Suddenly from the field you hear a loud voice: “No man, where are you rolling? We are playing bowls, not jukskei. If we lose today you will have to buy drinks for the whole team… and it’s not going to be cheap drinks!

“You had better bowl better now… what is the golden rule to play well? Concentration and the load-off of your ball.”

To this, my husband Nols chips in with another joke: “No! The golden rule is that you are not allowed to kiss another man’ wife!” 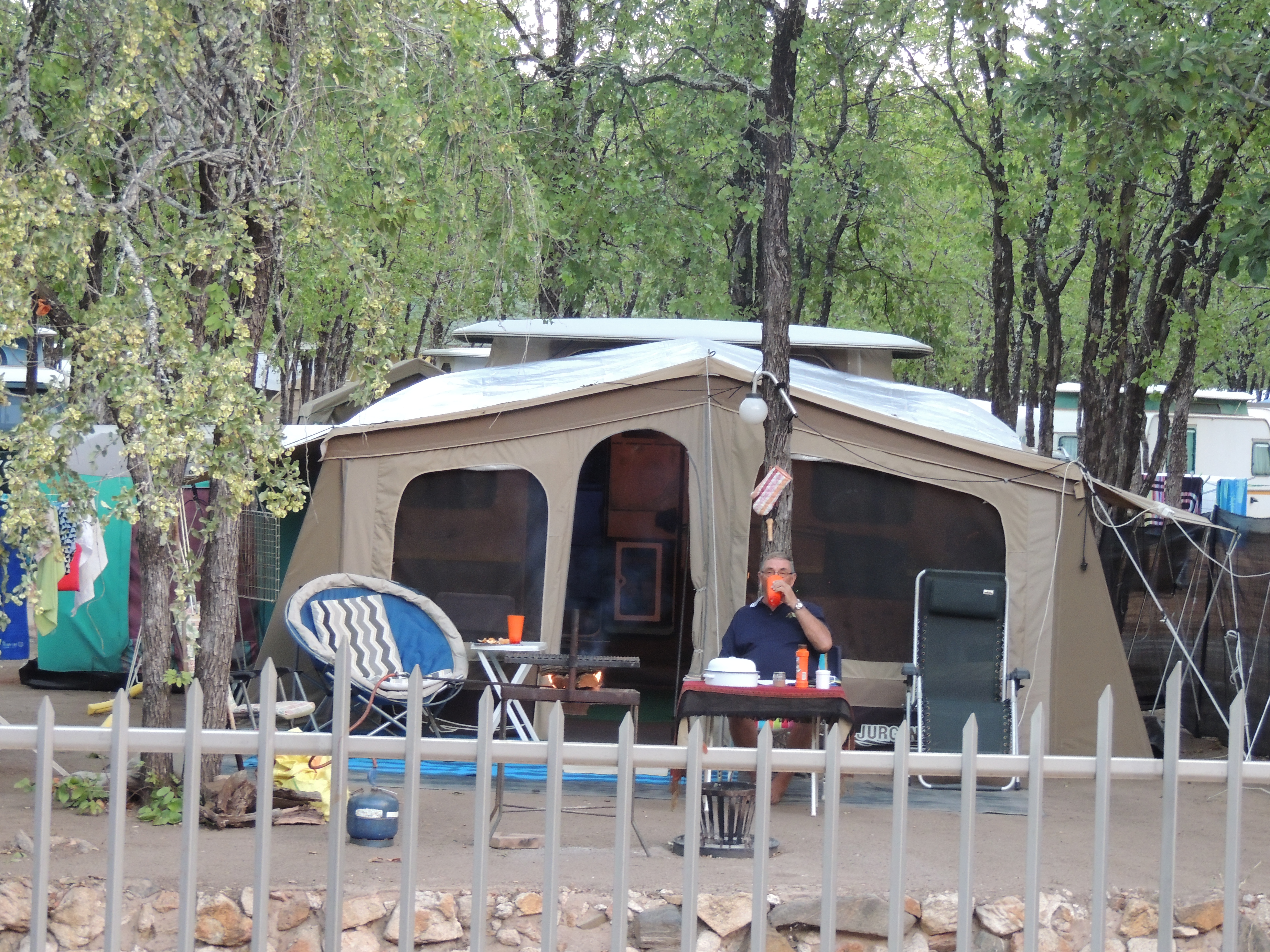 And so it goes, as the players keep bowling and the stories keep flowing. You see, bowling and camping go together like a horse and carriage. Here strangers become friends.

On the green in front, next to the group telling all the stories, the men’s team of the club at Eiland Spa is taking on the Bloemfontein bowling club. Ds Jansie du Plessis is on the mat. With precision he bends both knees, aims and rolls… slowly he straightens, holding out his hands as he sees the ball slide in closest to the kitty.

“He is one of the most experienced players in the club,” you hear from the crowd as someone describes the pastor with the neat grey moustache, tinted glasses and yellow towel in his back pocket.

After the day’s play, everybody gathers at the clubhouse to part. Then it’s back to camp for a braai. The fires burn big and everyone sits around the boma and enjoy some drinks.

he night is finished off with gluhwein, and those who do not drink alcohol enjoy some “coffee royal”, as they call it. There are people playing guitar, dancing (“langarm”) in the streets, stories are told, recipes swapped, knitting patterns exchanged, and of course bragging about who has the best and most exclusive caravan.

“I’m going to bed, tomorrow we are on the greens again for the whole day,” grandpa Pieter tells his children, who comes along every year.

Those of us brave enough jump in our swimming costumes and head for the “hippo pool” – it’s called this because you only see the heads sticking out.

In the pool, more camping stories are shared and everyone is already charged for the next day’s bowling, braaiing and partying. 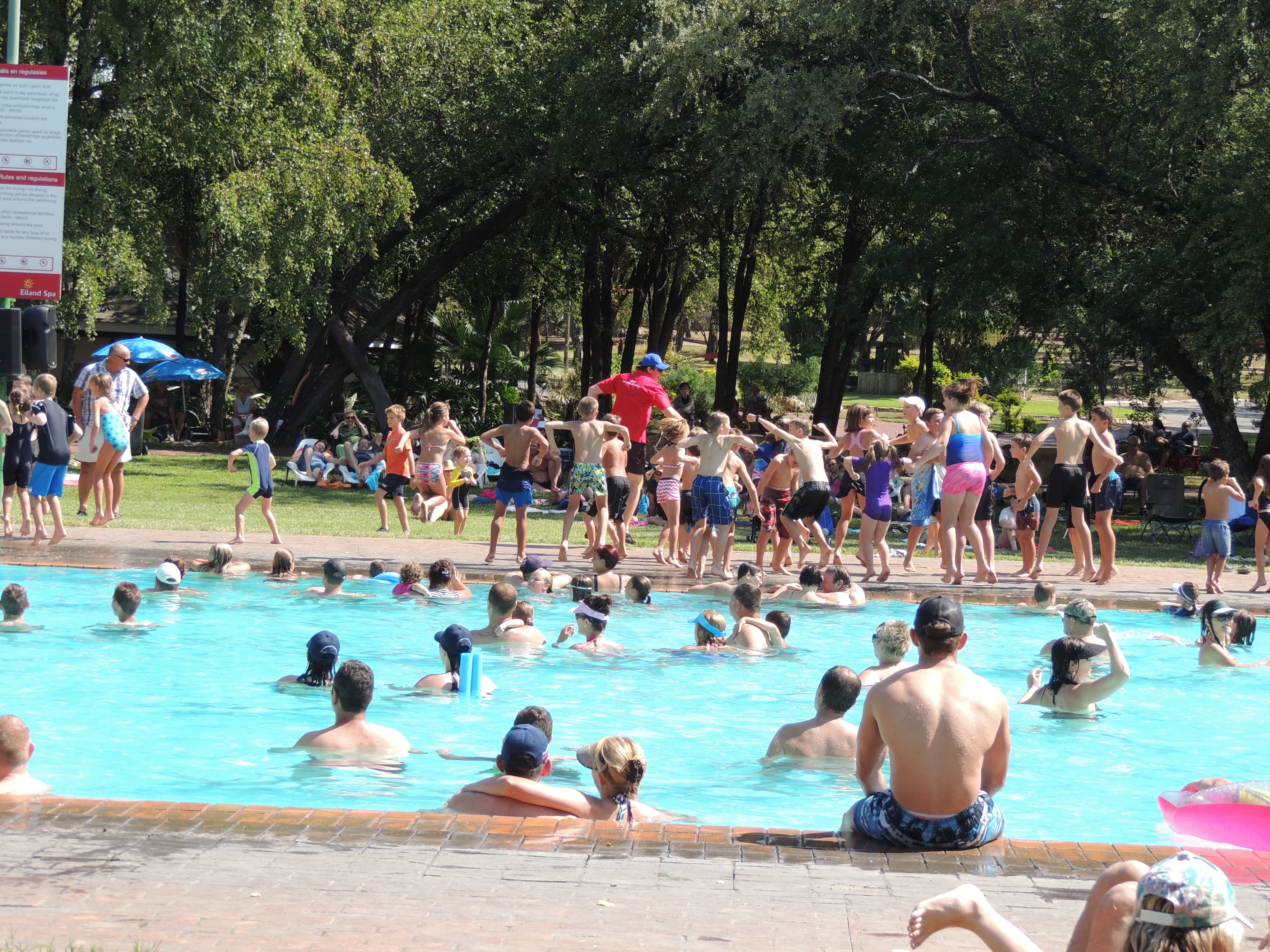 Campers and bowlers are the friendliest people on earth. They live in the moment, and they live all out!

Before I end my story, I must just say that it is so great to see young people camping with their children. These children live out in the fresh air, and there’s no better place than ATKV Eiland Spa. Here they can experience nature, and move around outside without worry.

And that’s the end of my story. Keep on caravanning and keep on rolling! 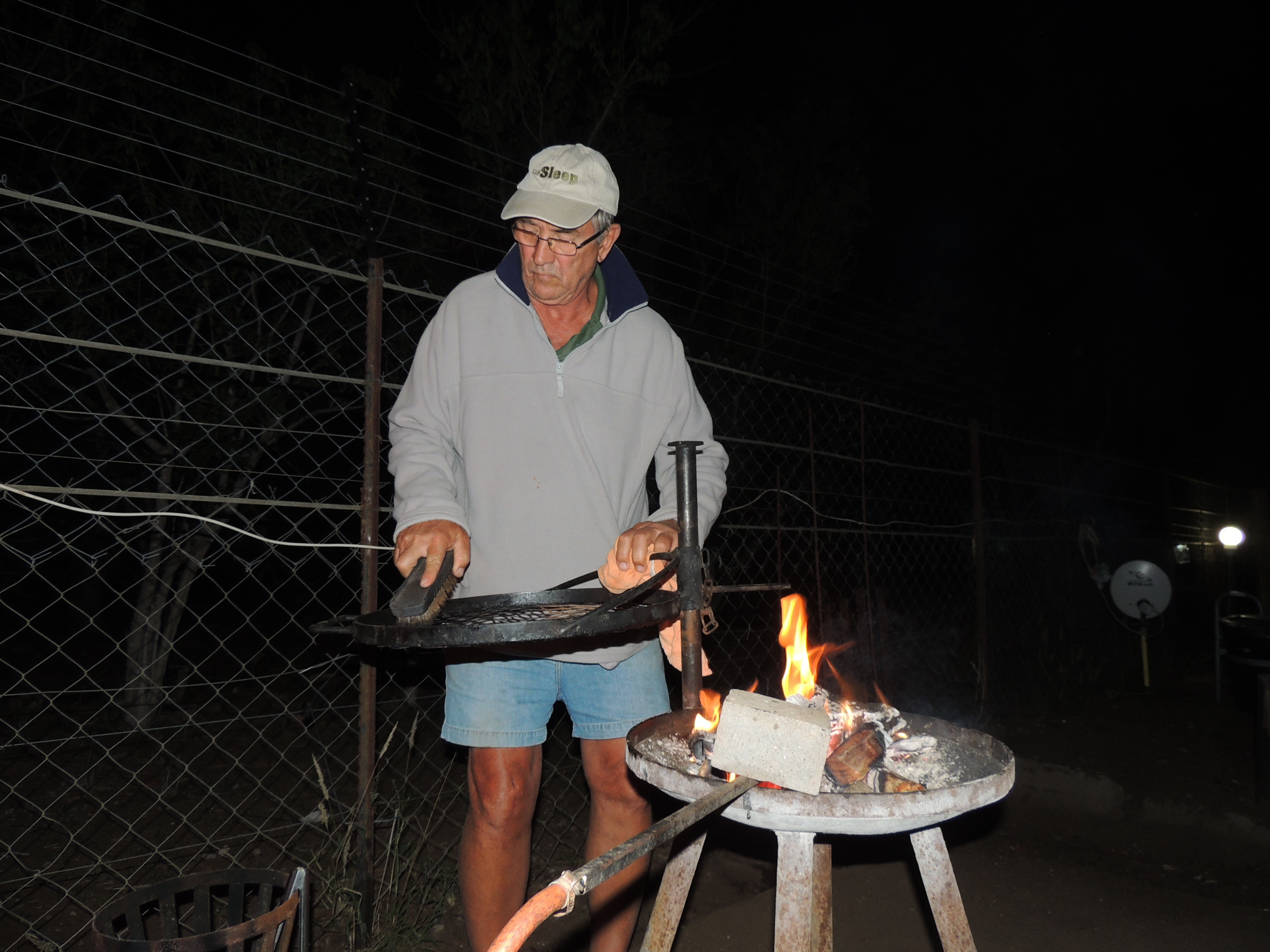 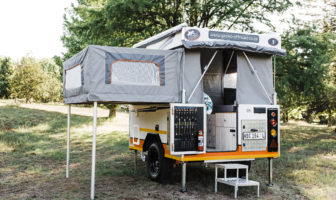 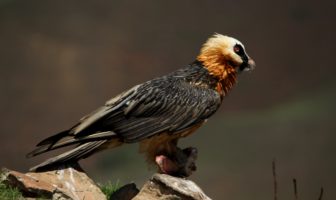 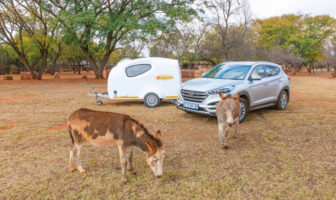 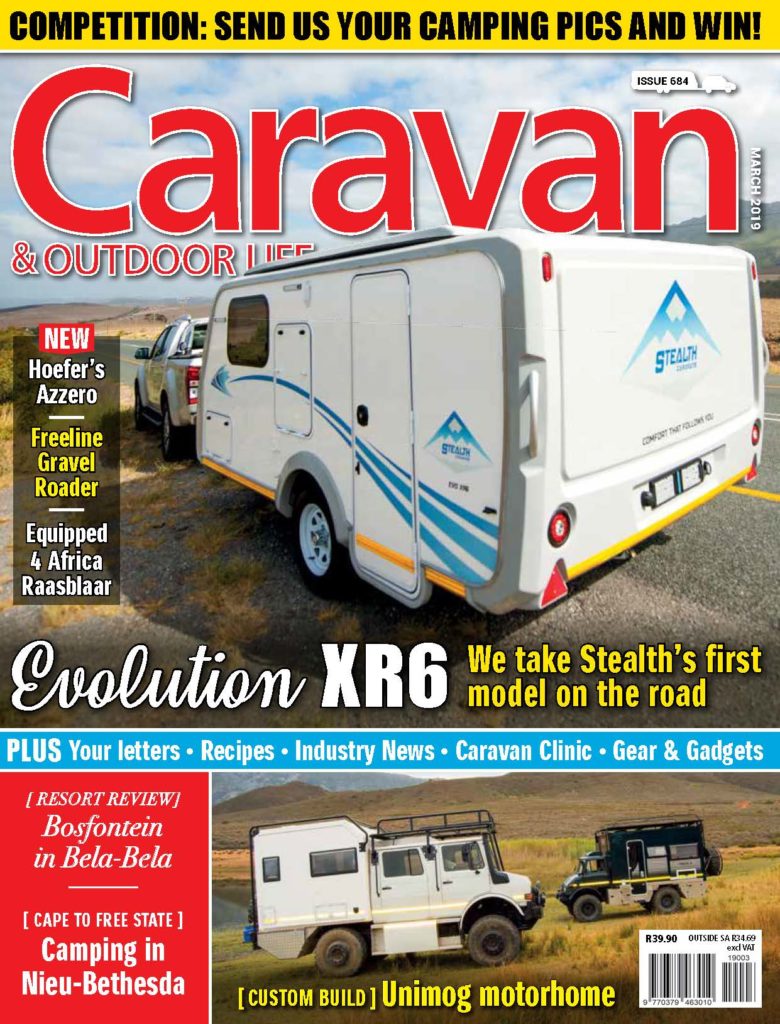