Caravan & Outdoor Life joins some of South Africa’s leading herpetologists in the Maputaland region to find rare species and teach the local rural residents how to react to snakes. With Opposite Lock on board, we’re all set to strike at a moment’s notice… 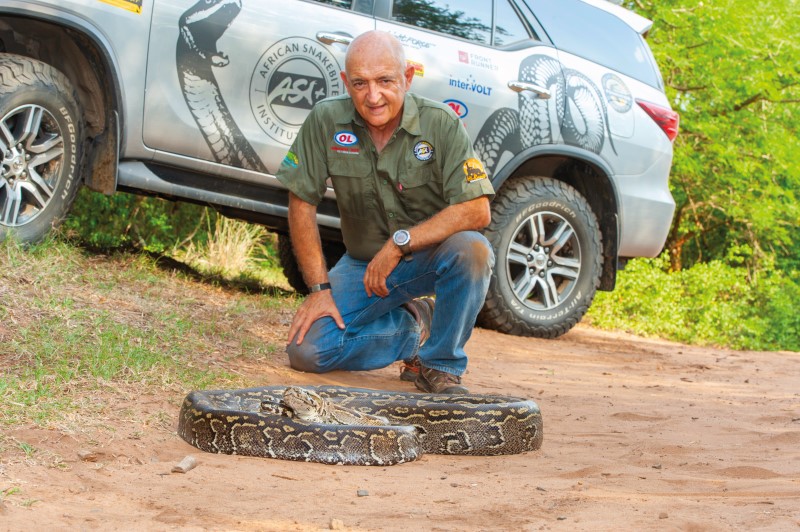 I was damn glad that tonight we were looking for frogs and aquatic stuff in a croaking and groaning swamp, rather than rare snakes! I knew my companions would go ape if they found a deadly twig snake or mamba but, for now, I was happy the hunt was on for other goggas. I had met medical doctor Colin Tilbury that evening, just before heading out to the mud hole. Johan Marais, the Snake Man, whispered in my ear: “Colin is probably the world’s best authority on chameleons.” We were heading back at quite a lick towards our camp, Gugulesizwe. Colin Tilbury, sitting behind me, kept saying rather loudly, “Chameleon… chameleon… chameleon.” I couldn’t help but ask: “What bloody chameleon?”

In reply, Colin asked our campsite head ranger, Mbongeni Myeni (MB for short), to reverse back 200 metres or so. Colin hopped out and reached out to a bush next to the road. It was a chameleon all right. I tested him a few more times on the way back to our comfortable camp that night. How he saw them in the bush from a moving vehicle was beyond me. But this snake adventure trip was to reveal a lot more surprises over the week that we spent high up on the coast, near the Mozambique border. Confused? I bet. This was a 4×4 adventure sponsored by Opposite Lock Johannesburg, Hi-Range City Botswana, and the Gugulesizwe Camp in Northern Maputaland up near the Mozambique border.

The camp, which is run by Maputaland Travel, in conjunction with the neighbouring KwaMpukane community and the local wildlife authority, is a tribute to the relationship. The core of the trip centred on Johan Marais and his African Snakebite Institute. Johan’s mission on this trip was to reach as many of the local community, schools, clinics, the adult community, and the staff of nearby local lodges. Johan quickly has every audience eating out of his hand. The talks had a simple avoidance theme: “Step back eight paces from the snake in the case of kids, five for adults. Believe it or not, you are safe.” 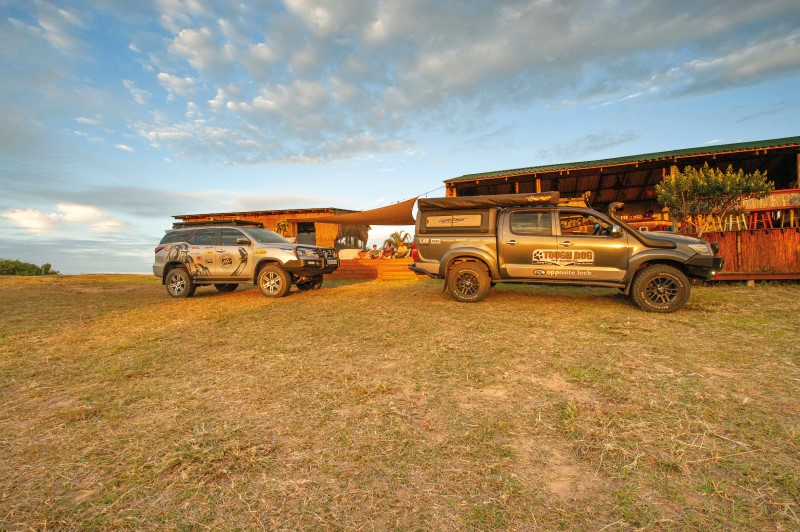 The two Toyota’s, a Hilux and a Fortuner where specced up to the hilt with the great products from Opposite Lock.

Added to this was the urgent message, “If somebody has been bitten or had poison sprayed in their eyes from a cobra, get them to the nearest clinic post haste. In the case of a cobra spitting in your eye, wash it out with water and again get to a clinic as soon as possible.”

This was the first of many teaching sessions during our week-long adventure in the Maputaland area, and we soon discovered that driving out along the millions of badly-rutted tracks to visit these community centres was already giving us an idea of the good off-roading available in the area. With a Toyota Hilux and Fortuner fully equipped by Opposite Lock to do the 4×4 slog work, we were very happy to tackle whatever came our way.

This trip wasn’t all education, conservation, and social responsibility. A larger proportion of our week in Maputaland was hanging out with a bunch that love ‘herping’! By the end of this trip, I certainly knew what this search for reptiles and amphibians was all about. To us common folk, that means looking for snakes, chameleons, lizards, skinks, frogs, spiders, or goggas of any kind. And these guys go at it hammer-and-tongs, morning, noon, and night. They probably walk in their sleep looking for snakes. Certainly, after night after night of extended herping, this old ballie was properly knackered when I was finally able to roll down my mosquito net and climb between the white percale linen sheets!

Even on our first night at Gugulesizwe, after the long drive down from Gauteng, we went herping for scorpions in the nearby dune forest directly after supper. We were armed with ultra-violet lights and a mindblowingly powerful Light Force torch, compliments of Opposite Lock. It is really exciting when the first scorpion fluoresces a brilliant white under your torch. I was the amateur here, while Johan Marais and Willem van Zyl (who is in charge of marketing and media for the African Snakebite Institute) scrambled deep into the dune forest undergrowth and nonchalantly popped these critters into a small see-through plastic bottle with a perforated lid.

The next morning, after another session of herping, the wee stinging beasties would be up for a modelling session. The guys would set up the previous evening’s catch and take photographs before releasing them. I learnt so much from these masterful nature photographers. Colin Tilbury, Johan Marais, and Willem van Zyl shared their knowledge freely – starting with a close-up session with a Brown House snake and progressing to an Eastern Natal Green snake that Willem had caught.

Slowly but surely these naturalists were helping me to overcome my pathological fear of snakes. I even sneakily googled the cost of a Nikon R1C1 Wireless Close-Up Speedlight. Colin and Willem use Nikon like me, while Johan uses a similar Canon set up. Of course, Johan kept revving us how much better his Canon was compared to our crappy Nikons. It’s not always about Toyota versus Land Rover; photographers are worse.

Another thing I learnt about the herping fraternity is that they can be destructive buggers. Aside from their snake tongs, they have a lethal piece of equipment called a Stump Ripper. It’s roughly a metre long with a wicked titanium hook. Show them a rotten log or a massive piece of rotten bark and they go berserk. Ripping and tearing in their endless pursuit of prey, I saw them reach herping nirvana when we headed down to the old abandoned Rocktail Bay Lodge site.

Many years ago I remember asking Andrew Nunnerley, the then SA4x4 editor, “What’s the most beautiful place in the world you have ever stayed?” Without a moment’s hesitation, he said, “Rocktail Bay.” I wandered down to the beach. I couldn’t bear the aura of sadness that lingered over the remnants of this abandoned gem. It was heightened when MB – who is an ‘Nkosi’ (a grandfather) like me – said, “I used to work here.” Pointing to remnants of the fire-burnt walls, he said, “That was first the bar but it moved over there.” Apparently, a local fisherman had inadvertently set fire to the brick and mortar part of the lodge whilst braaing his catch. MB and I walked down to what is still one of the most pristine and beautiful tropical beaches in Africa. We stood in silence. Normally a talker, I thought it would be sacrilegious to ask if you can see when the turtle hatchlings make their way down to the sea. It was better that I didn’t know more about this natural event the area is renowned for…

I have so much to share about this life-affirming trip. I can only hint at one of the day’s trips, led once again by MB, to Black Rocks. We took a walk around the small peninsula to very carefully traverse the razorsharp coral.

I knew we were looking for something specific. Colin Tilbury filled me in: “It’s a type of lizard called a Coral Rag lizard or Bouton’s Snakeeyed skink.” Black Rocks is the only place in South Africa where the lizard is found, though I read later that it is also found in Madagascar and the Seychelles, according to Andrew Cooper of Ulster University.

Some of the highlights of this trip included a wonderful drive down to Mabibi and Lake Sibaya. The snake okes were pumped because this area, where the forest leads directly onto the grass edges of the largest freshwater lake in southern Africa, is Gaboon viper territory.

Johan Marais explained how the Gaboon could lie totally camouflaged in the forest leaf cover, often on rat or mice paths leading from the forest to the grassy lake edges. “He can literally lie dead still for weeks on end waiting for his prey,” explained Johan. We didn’t find any that day, but I did get to stare a similarly venomous Forest cobra in the eye, so to speak. Yabbering my fear between clenched teeth as I did so. That’s another thing I really appreciated about this bunch of mad snake enthusiasts. Not once on the whole trip did any one of them tease me or make a joke about my fear. Their knowledge and absolute regard for safety allowed me to take photographs that I still cannot believe. 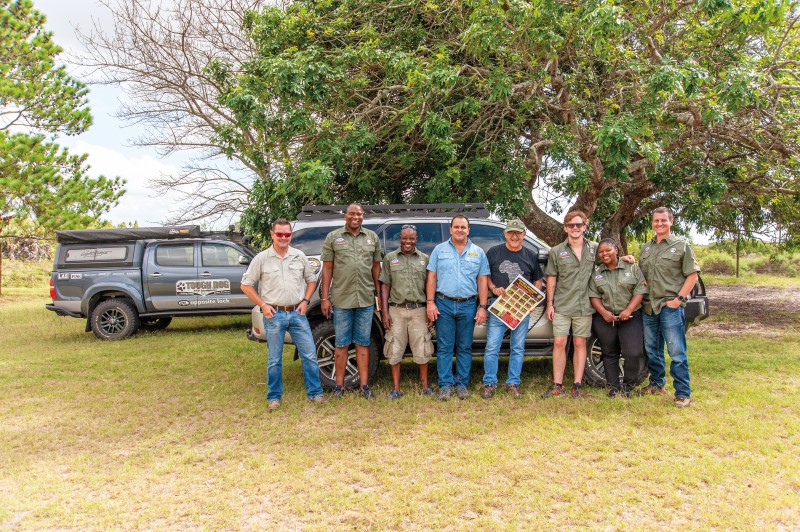 I could keep going on with this story until you were asleep. But I am going to end on the highlight of the trip for me. This was the snorkelling trip down to Lala Neck. My childhood was spent in Kenya. I didn’t think it was humanly possible to beat snorkelling around in the coral pools off the coast north of Mombasa. I have now discovered it is possible. Put on a pair of goggles and float around in the rocky corner of Lala Neck, and words cannot describe the amazing aquatic show you will witness. The only way is to go out and buy a decent underwater camera and come back. Pictures are worth a thousand words, as the old cliché goes. I guess if Johan Marais has his say, it will be a Canon. 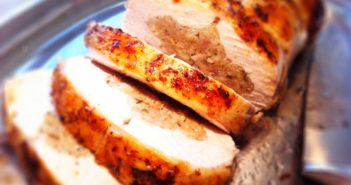 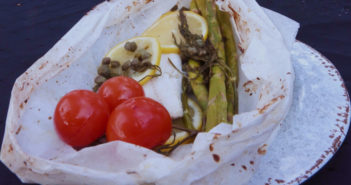 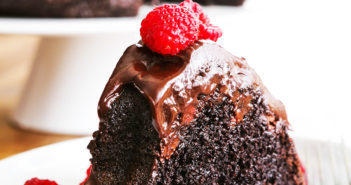 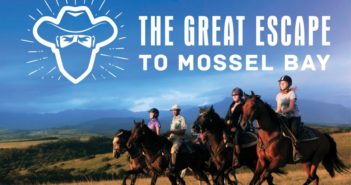 The Great Escape to Mossel Bay 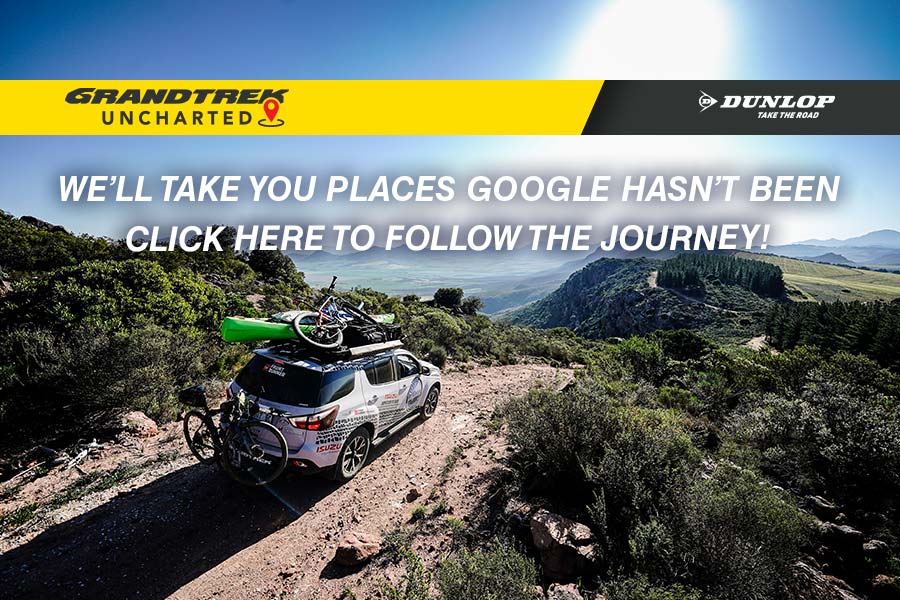