Early morning the news was given through by SANParks, via the official Kruger National Park Twitter profile that a Lion had to be killed in the Berg-en-Dal living quarters. The lion entered the living quarters early this morning and after the Ranger had no success getting the lion out of the area, it, unfortunately, had to be put down, seeing as it was posing as a threat to human life. 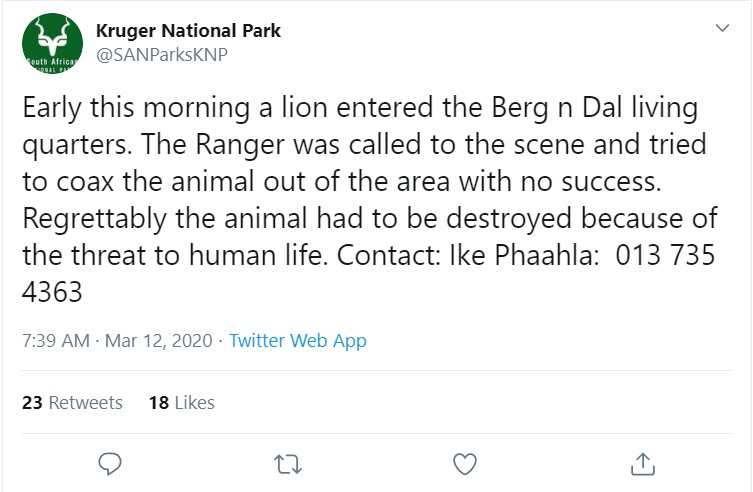 SANParks later Tweeted that they will conduct a post-mortem investigation to find out what was wrong with the lion, seeing as the animal wasn’t in a good condition when they found it. 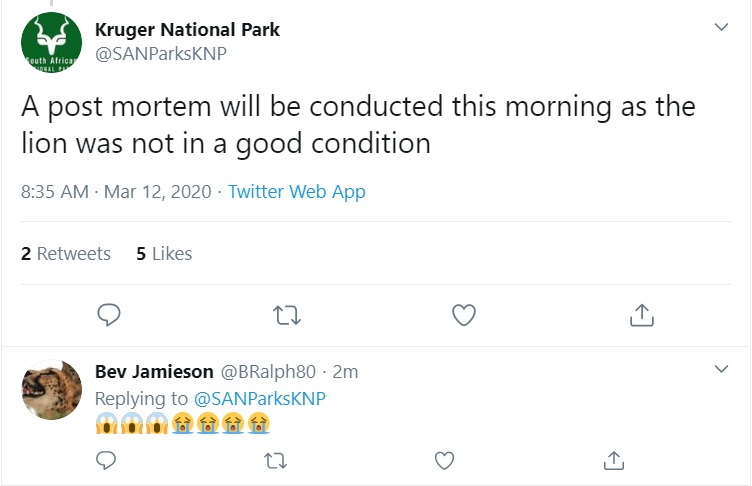 This screenshot was taken on Twitter from the @SANParksKNP-profile

Last week a visitor, camping in the Lower Sabie-Rest Camp posted a video on Facebook of a Hyena drinking water from their washing basin at their campsite. The Hyena was caught on camera by the motion sensor of the neighbor’s trail camera. More visitors posted later in the week that the Hyena was still in the camp, but park officials replied with a commented stating that they are aware of the problem, and a cage has been set to catch the animal. 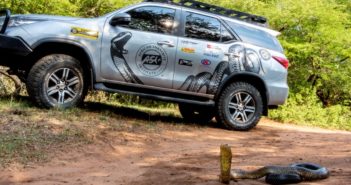 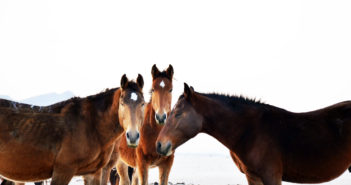 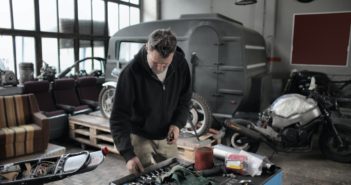