On a recent caravanning trip to Die Dam with my friend Rob, we decided to put his Landy through its paces on the powdery white sand roads in search of prime fishing spots.

I was a bit concerned that the Landy would get scratched by the dense fynbos that encroaches on all the sand roads in the area, but Rob’s nonchalant answer of “It’s only a car,” dispelled my fears.

Situated between Gansbaai and Struisbaai (Western Cape), the campsite at Die Dam leads into the Quoin Point Nature Reserve and to some good fishing grounds along the undulating coastline. To get there, you need to negotiate very soft conditions underfoot which can be done only in a 4X4, so don’t forget to take along your sand recovery tracks and a shovel.

Luckily, Rob’s Land Rover Discovery 3 managed the soft sand and occasional rocky conditions with relative ease. If you ask Rob what size engine is in his Disco, his response is simple: “BIG”.

Sharp inclines and declines are common to the sandy roads in the area, which are essentially dunes populated with dune grasses and some fynbos. There are certain patches that require extra ground-clearance, so we had to initiate the air suspension of the Landy − by lifting the vehicle off its axles, similar to the hydropneumatic suspension used in the old Citroens back in the day. 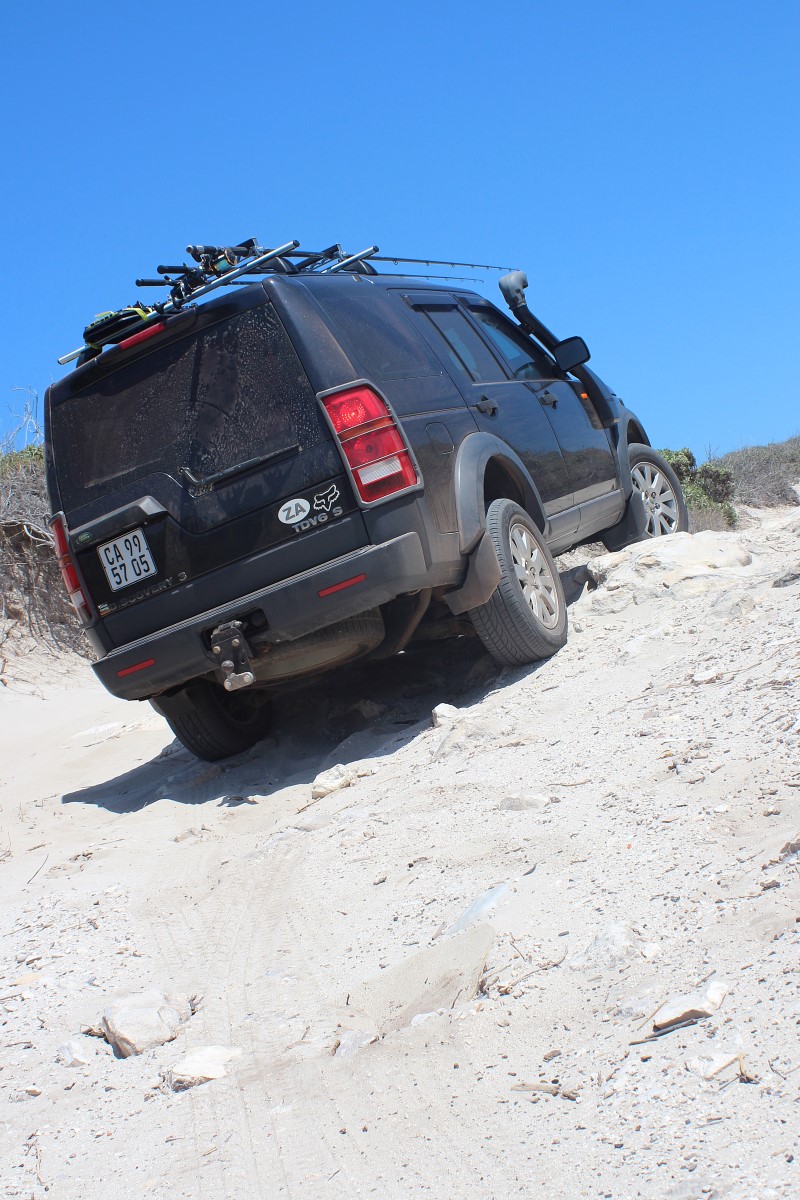 The tracks in the reserve are very sandy. make sure you take your recovery gear along.

Die Dam is a camping and caravan site owned by the municipality. The ablutions are old-school but neat, and the showers are hot and have ample hangers for clothing, which is always a plus.

The sign on the wall indicating the dire need to conserve water was incongruous, as two of the taps at the wash basins were running freely because of worn washers, and I had to switch off one of the toilets at its tap on the wall as that, too, was running freely between the cistern and the bowl. The management at Die Dam definitely needs to look into their water wastage as soon as possible.

The caravan and campsite lawns were neatly trimmed, and each site has power and a tap for drinking water. The water has a slight brackish taste to it − which is understandable, as it is so close to the sea, and I encountered no ill effects from drinking it throughout the weekend.

On Saturday, after presenting our fishing permit at the gate of the Uilenkraalsmond Nature Reserve, which encompasses the vast expanses of coastline leading up to the Uilenkraalsmond lagoon, we made our way towards the beach to get a line into the water.

The Landy performed extremely well on the sand and I never got the feeling that we might bog down, although Rob did have the sand recovery tracks strapped to the roof racks as a precaution.

We parked close to another fisherman’s 4X4, and with Rob’s many decades of experience with fishing conditions, currents, observing the colour of the water and looking for sea birds feasting on bait fish, we proceeded to catch nothing.

I had a few nibbles, which were probably nothing more than a lonely hermit crab that had wandered off-course, but (like Rob) little activity of any consequence. The other fisherman caught a small shark while we were there, and he later messaged Rob to say that he had caught a good sized Cob and a decent Steenbras shortly after we’d left. 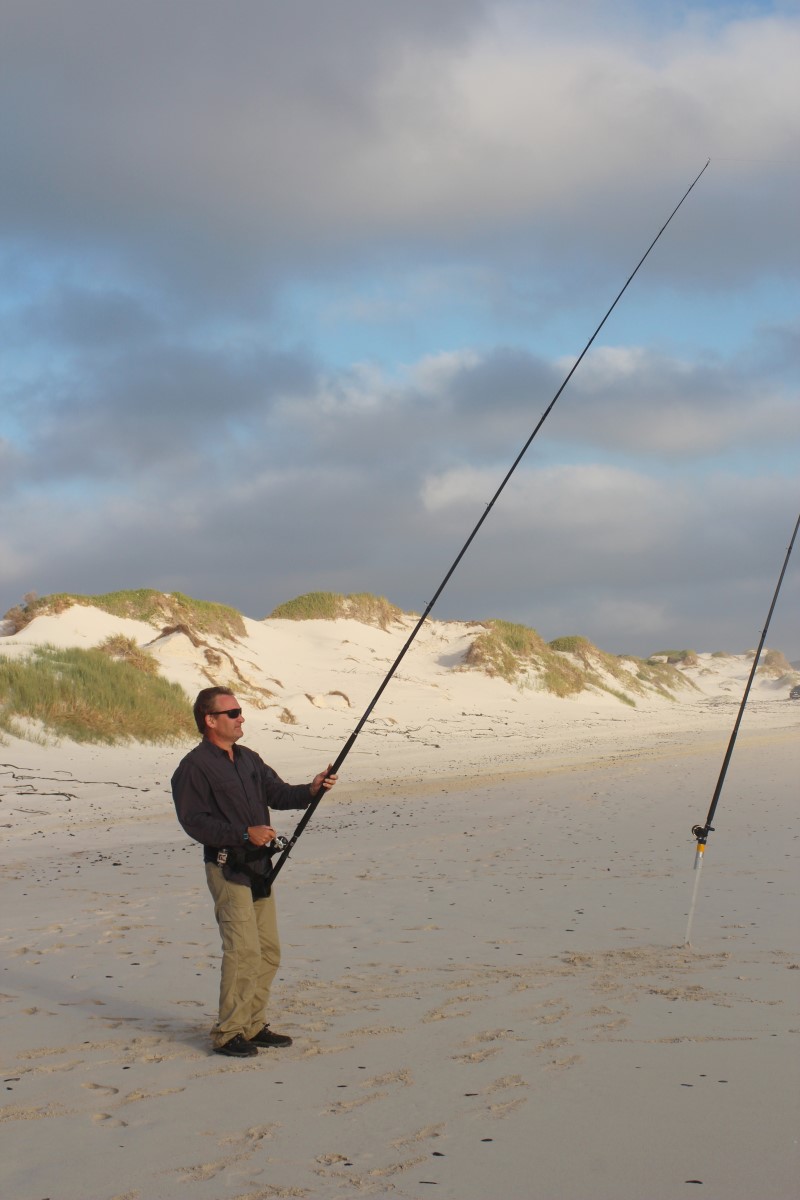 Fishing near Die Dam, between Gansbaai and Struisbaai in the Western Cape

I am always amazed at the remoteness of locations, such as those found along the Uilenkraalsmond, Gansbaai and Kleinbaai coastline, that are within easy driving distance from Cape Town. South Africa is really blessed with some of the most scenic coastlines and natural habitats in the world. In quiet places such as these, where the roar of the ocean and the chatter of the birdlife is your musical accompaniment, little else matters.

The outdoors does that to you – it’s a master at grounding and balancing the human spirit.

Rob’s Jurgens Palma caravan served us well as our home for the weekend, and even Collette managed to make it through the snoring that reverberated during the night. Dismal Springbok test-rugby performances and liberal quantities of Amarula are the combination to blame for the snoring.

The caravan itself is well-appointed, with lots of storage and an extendable roof to increase headroom. The gas cooker works well, and the fridge offers safe storage for items that need cooling. The dining table, which seats four comfortably, and six at a squeeze, is removable and folds down to form a comfortable bed.

Strong winds had shredded the awning that was attached to the side of the caravan, so we had to set up a makeshift awning to get some relief from the sun. We also erected two wind barriers to minimise the wind factor.

“Morning, guys and girls!” There is something delicious about good strong coffee in the early morning when you are enjoying the seclusion of nature while camping and caravanning, and doing some 4×4 driving in search of fertile fishing grounds. Simple things, good things, such as coffee with condensed milk, eggs, bacon, fried tomato, braai broodjies and a host of other delicacies, form part of the glue that makes the outdoors so enjoyable. Is it my imagination, or do your taste buds seem to revive as the sound of the ocean washes away the remaining stresses and strains of city life?

Beach walks, photography, shell-collecting, and swimming in the natural bays in the area make this the ideal spot for the whole family. If you’re into shark-cage diving, take the 10 minute drive from Die Dam to Kleinbaai, and the many shark cage operators there. Whale watching is also prominent in the bays along this coastline, and the abundant birdlife is a birder’s dream. If none of these activities sparks any interest in you, then collapse into your comfortable camping chair in the shade and take in the wonderful views. You’re not expected to do anything except relax and unwind.

I’ll be up at Die Dam again soon, this time armed with liberal amounts of 30 SPF sunscreen, more beer, and some good braai meat. 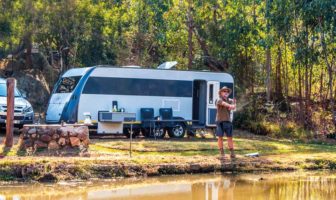 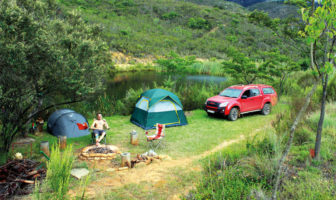 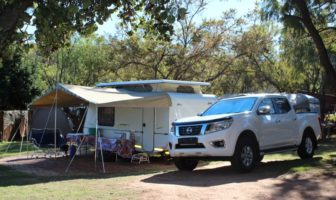 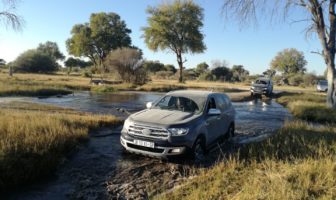 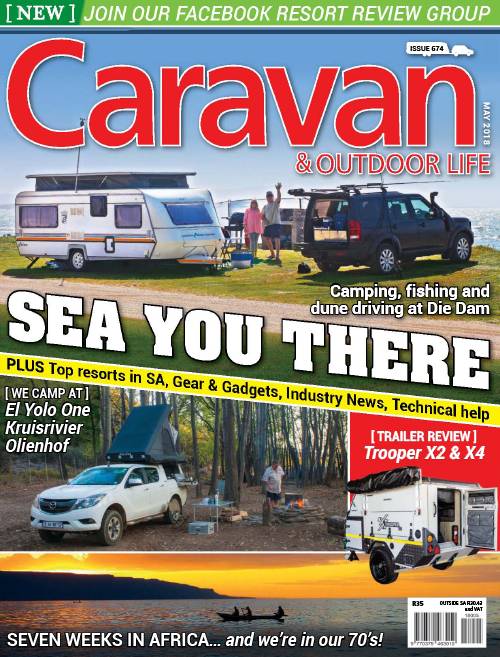