When it comes to buying a new caravan or trailer, you have really only one option, and that is to go to a dealer.

But in the second-hand market, you also have the option of a private sale. With websites such as Gumtree, OLX, and even Facebook becoming more and more popular with sellers of used caravans and trailers, there has been a marked increase in units being sold directly between interested parties, with no dealers involved.

For many people, especially first-timers, buying a used caravan seems the most practical and cost-efficient option. Yes, there are many “bargains” to be found in private sales, but unless you are a seasoned caravanner or know exactly what to look for when buying secondhand, you could be making a deal that’s going to leave you stranded on the side of the road.

For instance, Stefan Potgieter told us on Facebook how he bought his first caravan in a private deal, but added, ‘It was full of leaks and wood rot… I fixed it and sold it again. I learnt my lesson, and the second one I bought had no problems, but then I knew what to look for!’

And while there are many reports of happy private-deal customers, there are also people who have experienced similar issues to Stefan’s.

Anslin April tells us, ‘I have bought four caravans privately. The third one I inspected properly, but during our first camp it rained and the water poured in at the extrusion rail… right onto my mother-in-law (whom I love). I sold it again.’

There is an Afrikaans saying “goedkoop is duurkoop”, and this could not have been more true for John Lourens, who says, ‘I bought an Exclusive in the Cape… and three weeks later I had to fix R19 000 in wood rot.

‘Take the caravan for an inspection [at a dealer] before you pay the money. ‘If you’ve made the deal, you sit with the problem.’

Perhaps some of the best comments on the “dealer vs private sale” issue came from Romeo Pretorius, the co-owner of All Outdoors, who says, ‘If you know exactly what to look for, buy private.

‘Otherwise, rather buy from a dealer where you will get a warranty. With the insanely high prices that some private sellers ask for caravans, you could just as well buy from a dealer and be sure there is nothing wrong with the van.

‘On a daily basis, I see people who bought in private sales bring in their caravan for a small problem… then I have to show them the big problems.’

The important thing is that when you know what to look for, you can get a bargain in a private deal, as has been the case for Kitta Coleman, who says, ‘We have bought eight caravans directly from the seller, and we’ve never had regrets and everything was fine. You just have to look and feel that everything is in order. We only pay once we have done the inspection.’

Of course, when it comes to private deals there are also some straight-up scams going around. For instance, what Jaco Jordaan warned members of the KAMP-MAL Facebook group, “Please be careful. There is a person who calls himself Werner, he advertises a 2013 Sprite Swift for R90 000 [on Facebook], the ad is also on OLX. When you phone him he drops the price to R85 000, but you have to pay the deposit immediately because there are apparently 50 other people interested. When you tell him you want to come look at the caravan, he puts the phone down in your ear.”

The issues arising from a private sale are also not new, despite the internet making these deals a lot easier. Caravan & Outdoor Life spoke with Allan Vos from Kennis Caravans & Motorhomes in Roodepoort. Allan has been in the caravan business for over three decades, and here he shares some of the knowledge and wisdom he has picked up over the years.

One of the first things that fascinated me when I started my caravan dealership, and something that has never changed during my 34 years in the business, is the inherent belief of first-time buyers (and even existing caravanners) that a private sale of a caravan or motorhome is automatically a good buy. In all these years, I have, in fact, not seen that many ‘good private buys’.

The obvious approach of a private seller is first to check on the selling price of the dealers, who often advertise at a similar price. Unfortunately, many dealers do not necessarily stipulate all the extras included in their sale, that may actually already have been built into the caravan’s price. Private sellers are then inclined to add a value to their advertised list of extras, to justify the price.

We have seen countless cases of private ‘voetstoots’ sales, at prices higher than dealer retail, where buyers then come to us for post-buying advice and for repairs – and also for assistance in financing, which comes at a premium (for our admin costs, etc) if the caravan was not bought from us.

In addition, when private buyers realise their mistake, we are often approached to consider a trade-in, and these buyers stand to lose quite a lot of money. Sadly, many just have to accept this, with remorse.

We, ourselves, very seldom get faultless pre-owned caravans, and this is often (I must emphasise) even with late models, which sometimes have very serious defects such as potholedamaged axles and distorted structures, wood rot, and tents with mould, to name just a few.

To make a long story short: For much the same amount of money, buyers can buy a pre-checked, complete, wood-rot and leak-free, fully serviced caravan from a dealer; and, in most cases, with a written guarantee, and also with recourse to the Motor Industries Ombudsman. None of these benefits exists in a private buy.

It is also a sad fact that there are dealers, normally non-franchised, who display and sell caravans that are unbelievably sub-standard.

We have built a reputation on the manner in which we hand a caravan over with a 60-point checklist, and with a full demonstration, for our own peace of mind and that of the buyer. 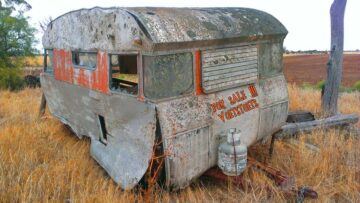 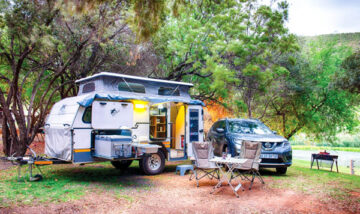 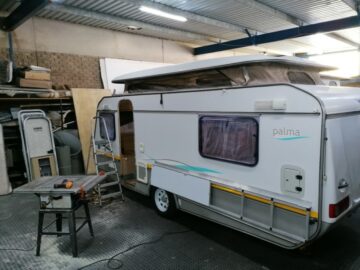 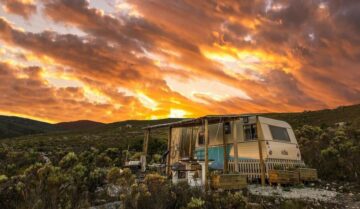