Register | Log in
You are at:Home»Travel»Botswana»Beauty at the Boteti
8090
VIEWS
11
SHARES
ShareTweet

I was fast asleep, but woke to a tremendous racket. The sound of tins (or something) clattering about was interspersed with a series of loud grunts and snuffles.

Safe in the cabin of the Mercedes-Benz Sprinter, I shone my powerful Petzl head torch out of the window. I realized that the ruckus was coming from the dustbin I’d seen just on the fringe of our campsite. It was made of heavy gauge steel channel iron covered with thick 1mm steel mesh, and I remember thinking that no hyena or monkey would be able to get into that bin.

The next moment, with an almighty clatter, the heavy container rolled into view. Inside was a black-and-white critter, and outside was another, trying to get in too! They were two honey badgers: without a doubt my favourite critter in the wild.

I felt like the Lighting Director for a Sir David Attenborough movie as I watched the honey-badger circus for about an hour.

It reminded me of Kenneth Graham, author of Wind in the Willows, who wrote: ‘Badger hates Society, and invitations, and dinner, and all that sort of thing.’ But these sure as hell didn’t mind barreling over a 20kg odd steel cage after “society” had dined out the night before! They were in their black and white tuxes, after all…

What an exciting last night this was at the Third Bridge campsite. The next morning, it was quite a long drive via Maun onto the tar A3. Our next destination was the Khumaga campsite close to the banks of the Boteti River.

The camp is accessed through the little hamlet of Khumaga, which is just off the Maun to Rakops road. This is the Western Gate entrance, 48 kilometres south-west of the main entrance to the Makgadikgadi Pans National Park.

Remember that there’s no petrol in Kumaga, so fill up in either Maun or Rakops. You’ll need a 4×4 vehicle to reach the camp.

There was a really lekker, one-vehicle-at-a-time ferry trip across the Boteti River. The staff at the entrance gate close to the ferry were friendly, welcoming and helpful.

There are 10 campsites serviced by two neat, clean ablution blocks. Some of the sites are shaded, but a recent fire (caused by a build-up of grass seed on a vehicle) burnt down a lot of the shade; however, it’s recovering well.

Each site has a braai, a fire pit and a large monkey-proof refuse container. Speaking of which, do keep an eye out for the monkeys − they are pretty precocious at this site.

The camp isn’t fenced; we had a large elephant walk through the campsite on a few occasions.

Kumaga is one of the few campsites in the Makgadikgadi Pans National Park. Years ago, in Savute, I met a tough-as-a-dingo Aussie from the Northern Territories who said: “Have you guys ever been to the Makka Dakka Dee?” At that stage I had never seen the pans, but I was now finally here.

This salt flat is the remnants of the aeons-old Lake Makgadikgadi. The Game Reserve is actually not a single pan, but many pans with sandy desert in between them. It is one of the largest salt flats on the globe. The Sua, Nwetwe and Nxai Pans are the biggest. In total, this magnificent park covers some 3 900 square kilometres.

TOUGH DOG SUSPENSION
When the suspension on my Pajero Sport got too soft to tow an off-roader, I decided to give Tough Dog a go.  Man, do they work wonderfully on the Mitsubishi! The service is great, and the job was done right the first time – the most important thing for me. If you’re thinking of upgrading your suspension, get in touch with Rieker first.

BF GOODRICH TYRES
The new All-Terrain KO2s that we used are just such impressive tyres. They have good road-holding and take on the off-road section without a problem. The traction in the thick sand at 1.5 bar made it look so easy. Ja, the vehicle played a great role; but at the end of the day, the tyres make the difference.

FRONTRUNNER VEHICLE OUTFITTERS
I’d never believed in a roof rack, but since Jaco Nel fitted one to my Pajero Sport, I’ve realised that it just makes so much more sense to have one.
Frontrunner offers a wide variety of off-road gear, and do fitments. Visit them in Kyalami and get carried away by all the options that they offer.

BEYERSKLOOF WINES
We had some of their best wines on board – Pinotage 2016, Synergy 2015 and Cabernet Sauvignon/Merlot 2015.
They turned every meal into a feast, and got us to kuier much longer around our camp fire listening to the music of the night.
You’ve just got to have some good red wine with you on a safari.

TRACKS4AFRICA
We used a new Tracks4Africa tracking device that is linked to the T4A maps, so you are able to follow us from home when we are on safari.
Don’t go on safari without the T4A map. Yes, your GPS with the T4A works fine, but next time, use only the T4A map. Then you are on a real safari!

Very little wildlife exists on the salty pans in the dry season. But, after rain, wildebeest and one of the largest zebra populations in Africa migrate here to drink. The rains attract large populations of geese, ducks − and Great White Pelicans, too. Soa Pan is home to a breeding population of Greater Flamingos, one of only two in southern Africa.

We were hoping for an influx of zebras. We didn’t get huge herds, but there were two or three herds that came down to the Boteti early morning and evening. By the numerous zebra carcases lying around the grassy riverbank area, we realised there had to be lions about. They’d been having a field day.

Jannie and Ansu Rykaart seemed to have an inbuilt radar for finding lions. On the first morning, we headed inland on the thick sand tracks one finds in this park. I wasn’t particularly up for it… the Boteli River was calIing, and I wanted to sit comfortably in my armchair in the back of the Sprinter and get pictures of the many elephant we’d seen down at the river as we left camp.

I had fallen a bit behind the convoy, when suddenly our radio crackled: “Lion!”

Quickly catching up to Jannie and the others, I saw the two big cats; we were literally five metres from three females dozing under a bush close to our track. This was the beauty of the Sprinter. Sitting in my comfortable armchair campstool, with the tripod set up in front of me, I could photograph either left or right. We were so close to these lions that I felt I could literally touch them.

What this small meander into the dry interior to the east of the Boteti offered, was a hint of what the Makgadikgadi Pans is really about. It’s about huge pans stretching literally so far that one appears to see the curvature of the earth. It really makes one aware of how small one is in the greater scheme of things.

It would be easy to just sit down next to the Boteti for hours, photographing the animals coming down to the grassy banks of the river to drink and graze. But, as in all Jannie Rykaart’s Protea Safari Tours trips, he manages to capture the essence of these wild places in a relatively short time. Our “spirit” journey on this trip was to Baines Baobabs – a day outing to the tiny island of baobab trees keeping their lonely vigil out on the fringe of Kudiakam Pan. This small pan is part of the greater Nxai Pan National Park that lies north of Baines Baobabs.

These baobabs have been immortalised in the paintings of Thomas Baines, who was part of Livingstone’s expedition to the Zambezi. What must it have been like to cross these massive plains and pans with ox wagons?

Driving down to the pan that day, we also saw the shimmering mirages that fool you into thinking there is water. While lunching under those huge baobabs, we all seemed to be drawn into our own space − humbled by the magnificence and vastness of this sacred spot.

There is actually a campsite directly across the breadth of the pan from the magnificent Baines Baobabs. We did not stay there, but before I turn my toes up, I want to visit that remote campsite situated on the border of Kudiakam Pan, that was added when the boundaries of the Nxai Pan National Park were extended.

It’s only accessible if you’re in a 4×4, and you need to be totally self-sufficient. The camp is unfenced and undeveloped; and apparently pre-booking and pre-payment is essential. I reckon it would truly offer one insight into the heart of this region. I will be back.

But, for now, we had two days from sunrise to sunset to explore the area around the Boteti River. We watched another pride of lions lying in wait for the large herds of skittish zebra coming at dusk for a drink. We watched elephants dunking and diving in the Boteti. On occasion, only the tips of their trunks indicated that these huge animals were in the water.

Poring over my map in my “studio” (the back of the Merc Sprinter), I was getting some idea of the vastness of the Makgadikgadi Pans National Park. Perhaps that’s something I have learnt on all my trips with Jannie Rykaart – I’d reckoned that I’d travelled a bit over the years working as a photojournalist, then along came this quietly spoken, organised man, and I learned that I knew a hell of a lot less than I thought I did.

I guess I am learning why friends keep coming back over and over for a trip with Jannie. And I purposely say ‘friends’. The transition from ‘client’ to ‘friend’ of this man is seamless.

The beauty of the park is that every time of the year offers a completely different experience.

March – October (Dry Season):
The pans themselves are accessible only at this time. Nights can be cold at this time of the year.

August – November:
The windy weather starts. Large herds of zebra and wildebeest migrate down to the Boteti River, waiting for the rains.

November – March (Rainy season):
The roads in become wet and inaccessible. Pans often still hold water in April and May. There is good game viewing and birding at this time.

To find out more about this and other Protea Safari Tours, fill out the form below. 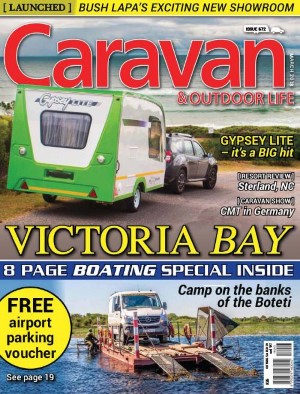